There are many different causes of SIBO. It is important to help determine the causes of SIBO or risk factors for SIBO because that will help you treat SIBO properly and prevent it from reoccurring. If you have been struggling with SIBO this post will hopefully help you identify your SIBO causes.

After struggling with undiagnosed small intestinal bacterial overgrowth (otherwise known as SIBO) for almost 14 years and finally getting to the root cause of my GI symptoms I have become passionate about educating others about SIBO. Because SIBO was just recently recognized as one of the causes of IBS, many doctors are still not familiar with it so as a patient it can be very hard to get a diagnosis and proper treatment.

I had previously written a post titled “What is SIBO?” so if you haven’t read that post yet I would start there. In today’s post we are going to be discussing various causes of SIBO. And there are many. And as more studies get done on SIBO in the coming years I bet even more causes will be identified in the future but for now I wanted to start with the known SIBO causes.

There are many different causes or risk factors for SIBO, and in some cases people may have more than one contributing factor. Remember, SIBO is usually due to an overgrowth of bacteria in your small intestine that are normally found in your large intestine. It’s not that the bacteria itself are bad per se, they’ve just found their way to the wrong place in your body. The real cause of SIBO is whatever caused the bacteria to proliferate or “overgrow” in the first place.

Problems with the way the bowels contract or function can lead to SIBO. Normally the migrating motor complex (MMC) helps clear the bowels of debris. Dysfunction of the MMC, specifically phase III of the MMC can lead to SIBO and is present in patients with irritable bowel syndrome (IBS), diabetes, intestinal pseudo-obstruction and people who use narcotic drugs. Gastroparesis is another motility disorder that can cause SIBO in certain people.

Other conditions which can affect intestinal motility include systemic sclerosis (formerly known as scleroderma) and radiation treatment for cancer, which leads to radiation enterocolitis.

Metabolic or Other Systemic Disorders

Diabetes mellitus can lead to SIBO when patients have intestinal neuropathy (where the nerves and muscles of the intestinal tract stop functioning properly due to prolonged exposure to high blood sugars).

As well, pancreatic insufficiency and liver cirrhosis are two other conditions that can also cause SIBO because the digestive enzymes and bile acids that are normally produced by these organs become altered or decreased, allowing abnormal bacteria to grow within the intestinal tract.

Another condition that can contribute to SIBO is hypothyroidism. Low thyroid function slows down the activity of the MMC and the bowels allowing pathologic bacteria to accumulate, hence leading to SIBO.

While immune deficiencies are not common, many of them can lead to SIBO. IgA deficiency, combined variable immunodeficiency and HIV can all cause SIBO.

Dr. Mark Pimental who is an expert on SIBO believes that getting a GI infection or food poisoning causes a type of neuropathy or motility disturbance of the intestinal tract, which leads to stasis or slowing in the bowels which allows the bacteria to start to accumulate and cause SIBO. He discusses this in this interview with Dr. Chris Kresser.

While antibiotics are sometimes necessary to treat bacterial infections the issue is that the antibiotics don’t just kill the “bad” bacteria causing the infection. They aren’t that specific. They also wipe out good or normal bacteria as well.  This can disrupt the overall balance of bacteria in your gut, leading to something called dysbiosis. Without enough of the good bacteria to keep the bad bacteria in check, the bad bacteria can continue to multiply and ultimately lead to SIBO.

Acid reflux or GERD (gastroesophageal reflux disease) is incredibly common. About half of adults will experience GERD at least once in a given year, and many people experience it on a weekly or even daily basis.

Patients with inflammatory bowel disease, either Crohn’s or Ulcerative Colitis, can be at risk of SIBO for many reasons. They may develop anatomic abnormalities from the disease itself, may require surgeries for their IBD, may require antibiotics if they get GI infections and the inflammation and damage to the intestinal tract can also put them at risk.

This one is kind of like the chicken and the egg analogy: in some cases SIBO may be the cause of IBS for patients, while in contrast, in some patients having IBS can lead to SIBO.

It has been shown that both heavy alcohol use and moderate alcohol use can lead to SIBO. There are a couple ways that alcohol can cause SIBO: alcohol can injure the small bowel mucosa cells leading to increased intestinal permeability and it can also effect the normal muscular contractions in the intestine. The alcohol itself can also feed certain types of harmful bacteria.

I hope you found this helpful! As you can see there are many potential causes of SIBO and I am sure that in the coming years even more causes will be identified. 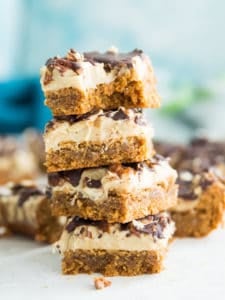 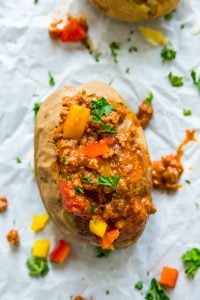