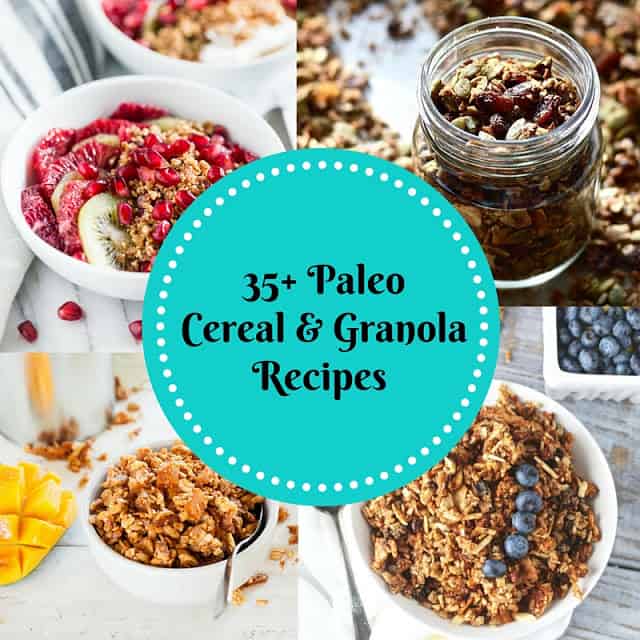 Hi friends. I must apologize for the lack of post last week. Unfortunately real life gets in the way of blogging sometimes. I was madly finishing a grand rounds presentation that I gave last Wednesday, and was also up to my ears in all the paperwork I need to do to start working as a rheumatologist in July. Yes friends, soon I will be a real life independently functioning specialist. It's crazy to think about. And terrifying. So let's not talk about that anymore. Let's focus on better, happier things. Like food.

I remember when I first eliminated grains from my diet one of the things I missed the most was cereal. And granola. That crunchy, sweet goodness was just so hard to give up! I realize part of the difficulty in giving up those foods was likely due to the addictive properties of gluten, but for some reason I didn't crave other gluten containing foods as much as those two food items. And while I no longer crave cereal or granola, I still do appreciate foods with a great crunchy texture. And of course a little sweetness is never bad either. So I decided to collect the best paleo cereal and granola recipes and put them together in a recipe wrap-up for you. Rather than eating them for breakfast, I actually prefer to eat my grain free cereal or granola as a snack. But whatever way you choose to eat them, whether it's for breakfast, as a snack or even for dessert, you can't go wrong with any of these recipes. I wold love to know which ones are your favourite.

Until next time, happy eating friends! 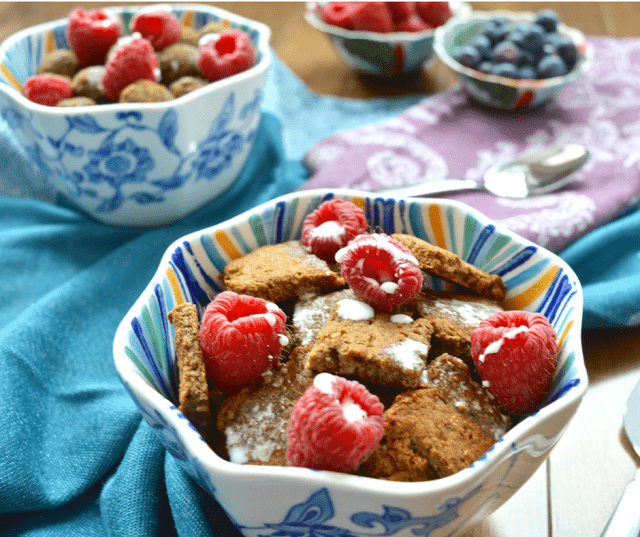 Coconut Cinnamon Cereal from A Girl Worth Saving

Paleo Cinnamon Toast Crunch Cereal from A Girl Worth Saving

Paleo Chocolate Cereal from A Girl Worth Saving

Banana, Date and Walnut Granola from Paleo Diet and Fitness

Paleo Maple, Almond and Goji Berry Granola from Greens of the Stone Age

Everything But The Kitchen Sink Grain Free Granola from Meghan Birt

Paleo Granola from A Girl Worth Saving

Paleo Pumpkin Granola from A Girl Worth Saving 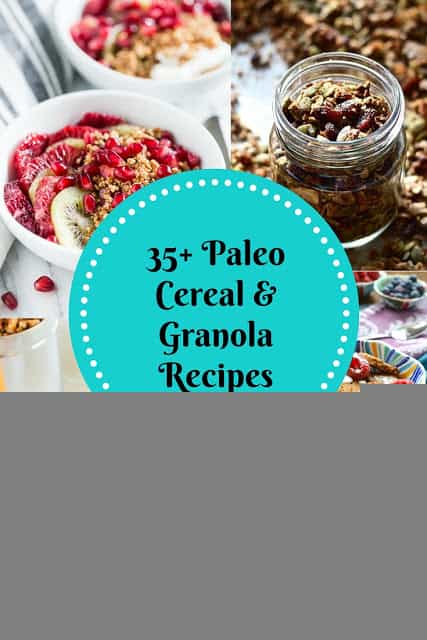 Hi everyone! My name is Dr. Erin Carter and I am so thrilled you are here. I am a physician with specialities in both internal medicine and rheumatology, and I believe that food and healthy living are forms of medicine. In my spare time I share health information and delicious, healthy recipes here on Pure and Simple Nourishment.